HMG Wins Award for ‘Solicitor Firm of the Year (Midlands)’ 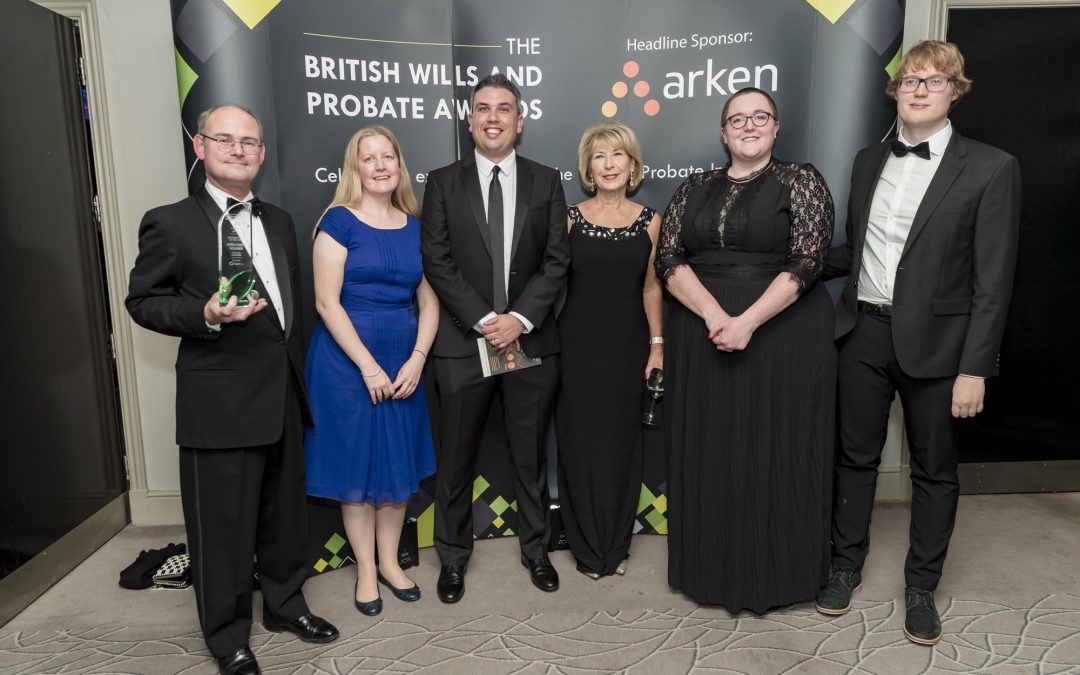 Amazing news from HMG Law’s Private Client department – they have won the “Solicitor Firm of the Year (Midlands) award at the British Wills and Probate Awards 2019!

It was a privilege to simply be nominated for the award, so to go on to win it is truly an honour. The decision was arrived at after careful deliberation by a panel of judges who weighed up a number of factors. Key elements reviewed included acknowledging those that go that extra mile for clients and communities, spotlighting forward-thinking firms and encouraging industry innovation.

The event itself was held at the spectacular Belfry Hotel and Resort in Birmingham and was hosted by ex-royal correspondent Jennie Bond, who fully embellished the glitz and glamour of the night.

Those at the event also managed to raise an incredible £1,030 in aid of Share, who support families in crisis and people who are homeless in North Wales and Cheshire.

HMG Law is proud that the Private Client department has been recognised for all the hard work and excellent service it’s put in over the years. All that remains is to keep up that same level of excellence….and roll on next years awards!